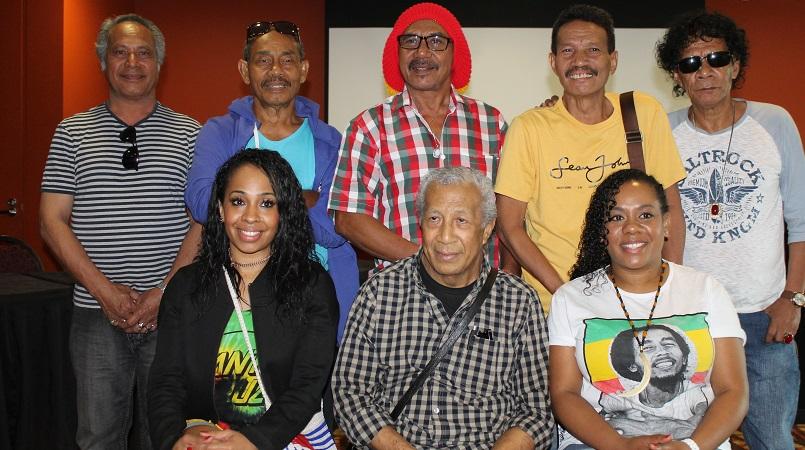 The band last performed in PNG back in 1978 and are back to perform on Independence Day at the Sir John Guise Stadium to commemorate PNG’s 41st Anniversary.

Ayamiseba said they’re looking forward to play the old tunes for the mums and dads which should bring back all the memories.

“We will also play some new songs for the younger generation.

“We have a combination of repertoire that will satisfy all age groups so everyone can enjoy the show,” Ayamiseba said.

Benny Bettay thanked Parkop for bringing the group back to PNG after 38 years.

The current group here in PNG consists of a 16 members including three original members and female group Black Sisters.

Two of the original members August and Sumanti have died while Stevy Mambor couldn’t make the tour due to health reasons.

The Black Sisters Petronela, Rosalie and Lea Rumwaropen are daughters of late August Rumwaropen and they’ll be performing alongside their uncles.

Tickets for the concert are selling for K5 outer stands and K30 grandstand available at CHM Vision City and Tabari Place. Gates open at 4.30pm and the show starts at 6.30pm.

A 20 member official delegation from West Papua has also been invited to witness the celebrations.